Dog vs Cat – Which Pet would Suit You Best?

If you can only have one pet, a cat or a dog, which should it be? In this article I will discuss the pros and cons of both creatures!!
By Eniola Odurinde 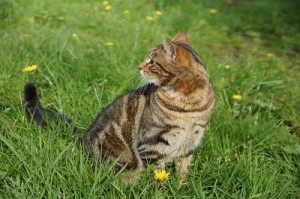 Cats are from the felidae family and have been domesticated for approximately 7,000 years. They are more independant than dogs, and usually cost much less, especially if allowed to roam outdoors. They are generally equally intelligent, regardless of breed, and have had their visual memory compared to that of a monkey!!

Contrary to popular belief, cats are not creatures you can simply forget about, they need love and attention too, however, they do not require as much as dogs.

Humans have 5 million olfactory sensors, cats have 19 million, and dogs have 200 million!

Dogs (canine) are descended from wolves and have been domesticated for 14,000 years. They are famously known as ”Man’s best friend” and look to you as their master. Their intelligence generally varies by breed, with Doberman Pinchers and Border Collies being famously intelligent. Some breeds are friendlier than others, some make good pets, others make good guard dogs.

They are expensive, both to buy and to look after. They require regular grooming, daily walking and obviously, food and water! They require attention and affection in much larger quantities than cats!

So, generally, cats are more suitable for people with long hours of work and little time!

Oldest Dog in the world dies in Japan, aged 26

Haven love more than twice the life expectancy of an average dog at 26 years and eight months, the world oldest dog according to Guinness book of records has died in Japan aged 26.

Pusuke, a fluffy tan shiba mix, died after suddenly falling ill and refusing to eat. Pusuke was born on 1 April 1985. The oldest dog ever was held by Bluey, an Australian cattle-dog who died in 1939 aged 29.

Whether you are a cat or a dog person, you can be sure that we will have something worth reading for you at regular intervals. You can subscribe to our blog via RSS feeds so that the moment we post a new article, you are very welcome to participate by posting your views and comment to posts that caught your attention.