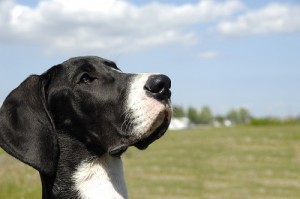 Is Your Dog Microchipped?

Some twenty years or so after the then Home Secretary Ken Baker hinted at compulsory Microchopping for dogs, another conservative government is finally putting it firmly on the statute books. Environment Secretary, Owen Paterson has announced that all dogs in England must be microchipped from 6 April 2016.

The reason Kenneth Baker attempted to have all dogs microchipped back then was to curb the problem or dangerous dogs, today though, dangerous dogs are still a problem, the biggest problem is reuniting lost dogs with their owners and finding new home for dogs that are dumped by irresponsible owner. At present, it is estimated that about 100,000 dogs a year are lost or stolen, with the tax payer footing a bill of £57 million spent process lost dogs. Dog charities nationally probably spend twice that sum providing temporary home and health care to dogs in their care.

It is also planned that the compulsory microchipping bill will contain a clause that plugs the loophole that meant owners of dangerous dogs whose dog attacks a person on private property can escape prosecution.

The new compulsory microchipping law is broadly welcomed by most dog charities, others are more critical. One person said the problem is not with microchipping as 60% of dogs in the country are already microchipped but reuniting lost dogs with owners who usually don’t bother to update the details on the microchip. Microchip is the size of a grain of rice, it contains details of the dogs including contact information of the dog, it is said to be relatively inserted under a dog’s skin without pain to the animal.